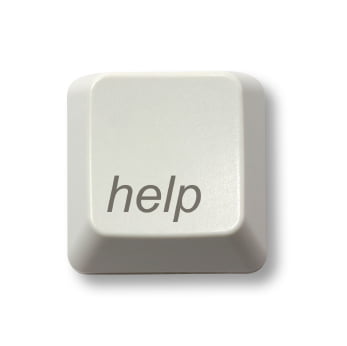 Your mobile can do more than call the emergency services to avoid a business disaster!

If something happened, tomorrow, do you know exactly what you need to do to get the workforce back up and running? Chances are, if your building were destroyed tonight, you’ve got a disaster recovery plan that would swing into action and insurance to cover the costs in the meantime. But what if it was a power outage that meant you’d be down for a few hours? Or perhaps a chemical leak that prevented access to the physical office? Or even the more predictable, yet often ‘big’ surprise, snowfall during the winter months – or early spring! When smaller occurrences happen to disrupt the smooth running of your firm, can you afford for it to grind to a halt?

There are few that will forget the last couple of winters. Freezing conditions saw chaos in most parts of the country, as our travel system ground to a halt, and flu epidemics threatened to close offices. But it’s not just wintry conditions that can cause chaos for organisations. The Icelandic ash clouds proved that – with employees either stuck in the wrong place or having to cancel important business trips.

If something happened, tomorrow, do you know exactly what you need to do to get the workforce back up and running? Chances are, if your building were destroyed tonight, you’ve got a disaster recovery plan that would swing into action and insurance to cover the costs in the meantime. But what if it was a power outage that meant you’d be down for a few hours? Or perhaps a chemical leak that prevented access to the physical office? Or even the more predictable, yet often ‘big’ surprise, snowfall during the winter months – or early spring! When smaller occurrences happen to disrupt the smooth running of your firm, can you afford for it to grind to a halt?

Technology to the Rescue

Practically every pocket and handbag in your organisation has a powerful tool should chaos descend. Enter the mobile phone. The proliferation of these smart little devices has revolutionised the way your organisation can respond to a crises – big or small.

Here’s how these technical marvels will make sure you’re prepared for any eventuality:

One of the most common problems organisations face is a power failure.

While it might seem archaic, power cuts are not consigned to the pages of history. In fact, on Saturday 14 January, Newcastle city centre was left powerless due to an underground cable fault. And their frequency could increase if a report by the Adam Smith Institute and the Scientific Alliance is to be believed. It warns that the Government’s plan to rely on wind turbines could actually increase power cuts within four years.

The first thing most people realise when the power goes off, is so does the phone system! Of course a mobile means you can make calls, but what about people trying to reach you? Most landline providers will allow you to divert calls to a mobile number. This may need to be set up in advance so contact yours today.

2) Who you gonna call

I’m sure your organisation has a database with key members of staff, suppliers and customers. However, the likelihood is this will be stored electronically. If it’s a power cut, the premises are inaccessible, or the roads impassable – the sooner you can let people know what’s happening the quicker you will get back up and running, limiting damage to your reputation into the bargain.

While a hard copy is one solution the reality is it’s impractical as every time a contact changes you will need to keep this updated. Instead, storing it on an external device holding gigs of data, an emergency database could be carried with ease. Of course, things to consider are that the device will need to be synchronised regularly and the security of the device will be paramount – and we don’t mean just a password!

3) More than one way to skin a cat

Regardless of what problem you are facing, the likelihood is that the workforce is perfectly capable of functioning. Without power it’s likely your broadband connection will be down?

Tethering allows some smartphones to be used as a wireless modem. In extreme circumstances this would allow workers to connect their laptops to internet services, at least as a short term solution.

4) Keep calm and carry on

But what if it’s not a temporary outage and your premises is a no-go zone for the foreseeable? If you operate from a number of locations, everything could be diverted to another office. A member of staff who lives in a central location could function as an emergency base. Perhaps you could even make an arrangement with another local business to share premises temporarily if a crisis affected either of you. Could a supplier offer temporary accommodation? Of course, with the increased availability of WiFi in public places, a coffee shop could easily act as a temporary base until normal service can be resumed.

5) ICE on your device

The likelihood is, under normal circumstances, you have remote services for your employees which is a godsend in an emergency – or is it?

If it’s a token based system, how do you get little pieces of plastic to the remainder of the workforce? To invest in this hardware ‘just in case’ is expensive and, when it’s needed, the majority of employees have either lost the token, left it in their desk, or can’t remember how to use them.

Unfortunately it’s when things go belly up that many organisations, in desperation, throw out the rule book and allow remote users to authenticate with a standard username and password. Yet it’s then that the need for secure access is at its highest.

What’s the alternative? Tokenless two-factor authentication is a revolutionary approach to the age-old problem of providing secure access to corporate systems in the event of an emergency – without the need for first distributing tokens or smartcards.

When disaster strikes you can issue warning messages, along with passcodes, via SMS to your entire organisation or a pre-identified group of users with one click. By pre-sending the first required passcode you can eliminate problems caused by network delays and intermittent signal areas.

We regularly test our fire alarms primarily to make sure that they work, but also so that when they sound everyone knows what to do. You don’t want to identify the fundamental flaw in your plan when you’re using it!

As Winston Churchill said, “He who fails to plan is planning to fail” and, while planning may not keep the trains running should we have ‘the wrong type of snow’, it could make all the difference to your business.

A disaster doesn’t have to be disastrous and knowing what needs to be done, by who, and how they’re going to do it will mean you keep your cool – whether the buildings on fire or the country’s freezing.