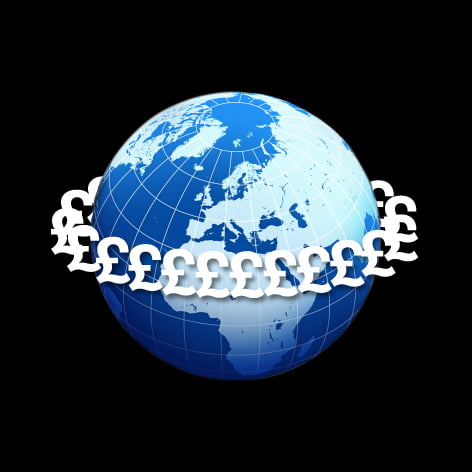 You can’t put a price on security, yet Security can Literally Cost the Earth

SMS technology is the logical alternative to the costly token; while it’s true that you can’t really put a price on security, and we applaud any responsible organisation that looks to protect its customers, we all live in this world together and cumulatively have a responsibility to consider our impact on the planet.

In June this year HSBC Bank, arguably one of the UK’s most recognised and trusted financial services brands, revealed the latest weapon in its security arsenal – the Secure Key. Introduced to add an extra layer of security for online banking, it’s being billed as “ensuring its customers are one step ahead of online fraudsters”.

Every one of HSBC’s current five million active online users in the UK will eventually receive these small electronic devices. However, if more of its 15 million UK customers were to elect to bank virtually, and with the group looking to extend two factor authentication on a case by case basis globally, this total will eventually be considerably higher.

It’s not known exactly how much each of HSBC’s Secure Key devices cost – although one thing that is certain is they’re not cheap, but there’s additional residual costs that has to be covered:

It’s quite easy to see how conservative estimates put a figure for physical token deployment at £100 per device. That’s not just for HSBC, that’s for any organisation that uses physical tokens as a two-factor authentication solution.

More than money at stake

But there’s much more to consider than just the monetary cost for these physical authentication devices. The cost to the planet in production, disposal and deployment is quite considerable too.

For example, the environmental cost of producing and distributing 4,000 tokens works out at around 4.3 million tonnes of CO2 or, for those who like a visual representation, that’s the equivalent of chopping down 240 million trees! I wonder if HSBC stopped to think about this when it committed itself to Secure Key.

If every organisation that allows individuals to access its systems first issues them with a physical token, that’s an awful lot of pieces of plastic. Each person would need one for their bank, the NHS, HMRC for tax returns, utility companies to access and pay bills, employer network, etc. etc. etc.

We’d end up as a nation having to walk around with a token necklace.

SMS technology is the logical alternative

While it’s true that you can’t really put a price on security, and we applaud any responsible organisation that looks to protect its customers, we all live in this world together and cumulatively have a responsibility to consider our impact on the planet. I can’t begin to imagine the size of the forest that the HSBC deployment is about to decimate!

However, don’t get me wrong, we’re not condemning using authentication as an additional layer of security – just physical tokens to do so.

Now, we’re not saying that HSBC should give each of its five million customers a mobile phone, but with five billion mobile handsets currently in operation across the globe and this figure continually rising, it’s a fair assumption that the majority of people have a handset capable of receiving text messages.

Organisations can easily utilise this existing mobile technology to replicate a physical token:

I don’t want to appear to be attacking HSBC, but as a recent high profile adopter of physical token authentication, it clearly demonstrates the impact this technology has on our planet that we all share.   HSBC would need to plant 18,970.1 acres of trees to offset the emissions created by its decision to issue UK customers with a Secure Key – that’s before taking into consideration its global plans.   Wouldn’t you want to cut your carbon emission if you had the chance to – we would encourage and urge you to think about tokenless® authentication, which goes a long way to helping the planet and brought to you by a British company too.

You have to agree that’s quite a compelling argument against physical tokens.