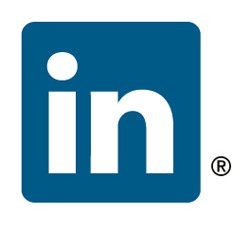 The web’s most popular passwords revealed

The world’s most popular passwords have been revealed – and it’s the predictable ‘password’ that tops the list.

Almost five per cent of computer users chose the simple code, according to a new study revealing the 10,000 most used words to complete the login process.

So with such easy passwords, its time to make sure you improve your remote access users login experience and security by adding the SecurEnvoy tokenless, two factor authentication, method of proving the user is who they say they are!

The list compiled by IT security consultant Mark Burnett shows that just 100 passwords make up 40 per cent of those used on the web – giving hackers a pretty easy job.

And, astonishingly, only 500 security codes make up 71 per cent of security codes. This is a tiny proportion of the 171,000 words thought to be used in the English language.

His list comes after work-oriented social network LinkedIn was hacked into and 6.5million passwords were dumped on the web.

Many of the codes revealed that not everyone is entirely happy in their job.

The 150-million-strong social network is unlike rivals such as Facebook and Twitter in that it is built entirely around work connections – and many are clearly less than happy with how their career is progressing.

The social network confirmed today that it HAD been hacked, saying, ‘We can confirm that some of the passwords that were compromised correspond to LinkedIn accounts.’

The leaked passwords are being hacked one by one by teams of forum users in Russia, and posted in plain text online.