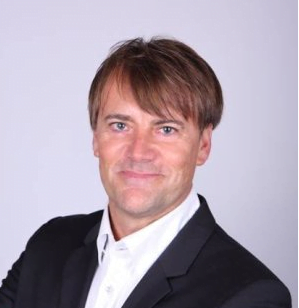 two-factor authentication without the token!

Why have you added the solution in your portfolio?

Two-factor authentication using hardware tokens are often unpopular with users and administrators. The hardware token must always be carried to securely log and can manage and administer the token is complex and expensive. Without an additional one-time password (OTP = One-time passcode), the static credentials but are too easily hacked. The solution is the “token-free” two-factor authentication . It is your smartphone or tablet as the token, either as a recipient of pass codes in the form of SMS or e-mail or as a producer of software tokens, ie a OTPs generated by using the smartphone and with the current passcode on the enterprise server is synchronized.

Every day we read of hacking and identity theft. Protect me from what a multi-factor authentication? What threats lurking on the Internet?

Remote access to corporate data runs over the Internet and public networks. It is for attackers to identify a problem such as a login name and password to use. In addition, the use of passwords is generally more lax because the passwords are simple and often used multiple times. Peered credentials are particularly critical because the user might not notice that his identity has been hacked and the attacker can further cause damage or remove data. Phishing, ie the attempt to come across fake websites to the user who registered is also a danger. Two-factor authentication here as the second lock on your door. The thief cometh not even in the house if you have lost a key.

Can you tell us briefly what these “tokenless” two-factor authentication are and how they differ from others that are on the market?

“Tokenless” two-factor authentication is a protected term from ‘SecurEnvoy’. For securing applications without using a second factor hardware token, instead using the device you carry around with you on your pocket! The goal is to let the mobile workforce, appropriate to the situation, to secure access to corporate data that conforms to the requirements of law, such as the Federal Data Protection Act or appropriate certifications. “Situational” means that the user can switch token type as they chose and require. SecurAccess here offers a variety of authentication options all have in common that they are extremely safe and always do without a hardware token. Many solutions on the market are limited to one or two methods, for example, only SMS pass code and unsafe fallback method if the SMS receiving is not guaranteed. But this is not practical in our experience and certainly not ‘business strength’. The user can see or know in advance which method is the best option and selects the most cost-effective authentication type as reliability is the key to remote access; according to the motto “Authenticate your way”.

The solution you described, among others, uses SMS to communicate the OTP (one-time pass code). Which transmission media are still possible and what operating systems and devices can be covered?

SecurAccess offers four different authentication options. A passcode (flash) SMS has the advantage that it is sent over the GSM network and not as the application over the Internet. Email passcode itself are protected e-mail environments, such as the use of BlackBerry devices make sense. SoftToken also called software tokens are generated continuously on the mobile device and are only valid if the passcode is in sync with the current token code on the enterprise server. The user needs the use of the soft token but doesn’t need a GSM connection. The validity of the software token is timed and is verified only in the company. Through a graphic display of the mobile device, the user always knows how long the current soft token is still valid. The authentication software token is installed on all Windows, Windows Phone, Blackberry, iOS and Android devices as an app. Thus, the solution covers almost all smartphones and tablets. Due to the special technique of SecurAccess the safety of the soft token variant is always guaranteed.

SecurAccess also still offers a unique voice-call authentication for external use in the home office. After successful login and a personal PIN, SecurAccess generates a 6-digit pass code in the login dialog. At the same time the user is called via its phone number stored in the system and is using the phone keypad passcode to verify it is the passcode, then the user gets access.

So SecurAccess provides authentication variants via SMS, Email, and Voice Call soft token. Or you have other options?

Absolutely! Basically the delivery of SMS is timely and reliable. A large network operator says that 96% of all SMS messages are delivered promptly ie within 20 seconds in Germany. But you can imagine what happens when a user has to wait longer than usual: He’s trying the application again after waiting a short time and thus triggers a new pass code. If 4% of all SMS deliveries are late or not delivered, then that affects 1,000 employees at 40 people each day  can not log-in safely. This is no longer acceptable for companies. Business must be 100% and always business grade. Our experience shows that the used two-factor authentication must be in practical use safe and flexible.

With SecurAccess the user selects the authentication method best because of its location or situation. He can only choose the options that are a pproved for use by his company. SecurAccess therefore, offers a real-time flash message, SMS Passcode, or one or three pre-loaded passcode in the form of an SMS. Here, the text is automatically updated with one new passcode when a passcode is used. Spent passcodes are therefore not visible in the smartphone. These options also exist in e-mail passcode. Pre-loaded pass codes are useful if you are staying more often in environments with incomplete coverage, for a few days abroad or often in data centers without network coverage. Once a GSM / UMTS connection exists, the passcode is delivered. The user can then login but also timely, when his mobile phone just has no power, because he already has the new passcode. In the past we were told that only a few providers of real-time generated passcode is secure; but now we know that this is not the case. To get the second factor that you need the mobile phone of the actual user. And it does not matter if it receives the pass code in real time, or OTP is already available on the mobile phone “pre-loaded”. Here, like the lock that needs to be activated in most business smartphones.

Which remote access platforms and virtual environments SecurAccess can be used and what holds for the benefits? What is the solution that stands out from the competition?

SecurAccess integrates seamlessly and more generally to all popular platforms such as remote access VPN, Radius or Microsoft, Cisco, Citrix, CheckPoint, SonicWALL, Juniper, Fortinet, F5, VMware View. In addition, can be secured with SecurAccess eg Sophos SafeGuard Disk Encryption pre-boot authentication. Integration with respect to usability we mean here is that the user is the login screen of the known remote access platform displayed and added to the passcode entry. If a RADIUS server is required SecurAccess can also act as a Radius server and is therefore not dependent on the challenge-response method. Moreover SecurAccess has a plug-in for the protection of Apache web server. So SecurAccess has an extremely broad approach when it comes to the supported platforms and systems.

For the administrator, there is a configuration and help desk module by example may allocate the responsibilities. SecurAccess is role-based and defines the allowed authentication methods for each user group. The user himself can choose the self-help desk for the authentication method offered to him as the optimal variant. If he has lost his mobile phone or tablet, he can, if allowed, receive a temporary access code via special security issues. For replacement of hardware token systems can additionally be used in the transition period a still existing radius server. This means that both users with hardware token and user can use “token-less” authentication login each safe. With the additional modules SecurPassword users can reset your Windows password.

Aside from the issue of security, hand on heart, it’s most likely than not, that they can log in with BYOD into your own corporate network to get to information quickly.

So service technicians on the go, must quickly fix an error message, but are at their wits’ end? Why should I as a company start again with the solution when it comes to me all about quick access and less about safety?

They speak the old discussion of usability vs. Safety. But also technicians have access to customer data (see BDSG § 42a) and personal data, financial information, health information, etc., these are subject to special protection by the Federal Data Protection Act and its protection is also of certifications such as PCI DSS, HIPAA, ISO SOX required. It is that the user finds a familiar GUI at login and the login process can be done quickly and easily, despite entering a second factor is even more important. Basically you can say that in almost all remote accesses to “certain kinds of personal data” as this category is called the Federal Data Protection Act, is accessed. Ultimately, companies should also protect its own interests with regard to remote access and to internal information.

Available is access to a 30-day trial version, why you have decided to offer a trial version? Is the solution more expensive than the other market located companion?

Interested parties should be able to get a picture of the safety and functionality of SecurAccess without risk. This is however not really a test version, but a 30 days full version including 100 free SMS via an SMS gateway. After installation, the company includes all variants, including the SMS passcode option and can practice instantly for free. We also offer more webinars that provide information on two-factor authentication in general and about the benefits of two-factor authentication with SecurAccess. SecurAccess is competitively priced compared on the usual five year example, and is usually cheaper than other solutions with lower functionality. Compared to hardware token, the price advantage of SecurAccess is even clearer.

The multi-factor authentication and the whole issue of identity management, what do you mean, what trends come here to us? Is there soon Authentication through NFC and other technologies, where are we going?

New techniques allow new possibilities. I would like to mention a new technology that is patent pending, and that’s where a passcode is transmitted from the smart phone to the laptop and does not have to be typed, the usability for the user significantly increased. It certainly has a great charm. SecurEnvoy, the manufacturer of SecurAccess is not only the inventor of the “tokenless” Two-factor authentication but Gartner also see’s them as a “Visionary” in this area and the front runners when it comes to the meaningful integration of new technologies.