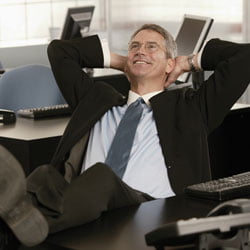 A staggering fact that companies that use hardware tokens are not only cheating the employee from convenience, they are also missing the reduction in deployment costs by more than 90%!

Tokens that need replacing or that require attention from changing batteries are more expensive to deploy and manage than the cost of purchasing them in the first place. Customers that have moved from the hardware token to the inventors of tokenless technology, SecurEnvoy, have found that its not the cost of the token – its the latter costs of the deployemnt and management that weighs so heavily. The licensing costs and support also involve significant costs that arent always recognised early enough in the adoption process.A recent survey validates the claims that we have been making, enforcing the vision and technologies that SecurEnvoy has brought to the industry and the marketplace! Surveys contribute to provide a general feel of what is the current trend and acceptance in the market. This one carried out by encap is interesting as it compares the cost of tokens with apps and sms otp alternatives and derives the conclusion that tokenless, as we call it, is the way forward. This research has found that authentication costs can be halved if large companies switch to smart tokens.

The annual total cost per user for a smart device software token is £9.65, while for a hard token it is £21.37.  However the total deployment cost for tokens is significantly more than SMS OTP solutions or Smartphone Apps. It claimed that hardware OTP replacement costs are over 90 per cent more expensive than all software based approaches.