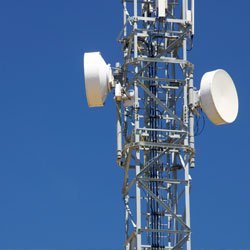 The state of a nation: mobile coverage in the USA

In a world of emails, telephone calls, video conferencing and easy air travel, it’s easy to forget that the USA is a vast geography: 3.8 million square miles, nearly as large as Europe. This size makes it difficult for the mobile phone network providers to provide reliable coverage to every remote desert town and rocky mountain outpost.

Mobile signal is something that we almost take for granted in Europe, but in the States it can be a rare resource, as the major infrastructure owners weigh up the cost-effectiveness of installing expensive antenna equipment in areas of little or no mobile phone usage.

This is one of the reasons that both the consumer and business mobile phone markets in the US have often lagged behind Europe and Asia. As signal coverage was intermittent, users weren’t compelled to splash out on the expensive do-it-all handsets. That was before the iPhone, which has encouraged widespread smartphone uptake in the US. Now the American market is arguably ahead of the European market for technological development and user adoption.

As the US mobile space snowballs and gathers pace, the carriers are finding it easier to justify network expansion and improve the level of cellular signal coverage. This will also impact the SMS two-factor authentication market, where physical tokens have ruled the roost for the past few decades.

Tokenless two-factor authentication, pioneered by SecurEnvoy, uses SMS texts to deliver the second factor passcode for users to enter alongside their usual username and password. Naturally we realise that not every area has perfect mobile coverage, or any coverage at all, so our system delivers the next passcode immediately after the previous passcode has been used. There are also alternative ways of receiving the passcode, such as through an online portal or via email.

As such, the acceptance of tokenless two-factor authentication will be slower in the US than in Europe and other regions, but as America’s business and home users start buying and using more smartphones and mobile data packages (and the networks are pressured to expand their network capabilities), this will soon change.

As you’ve probably noticed on your own mobile device, trying to do anything data-intensive on a standard 3G data signal is frustratingly slow. Under perfect conditions, 3G should provide download speeds of several megabits per second, but a number of variables cause this to be a lot lower in the real world. Tall buildings, weather conditions, distance from the base station and even handset specification can influence the quality of a mobile signal. The next generation of mobile phone standard – called 4G (literally, ‘fourth generation’) – will bring faster speeds. The US is already ahead on this and 4G-enabled smartphones will hit the US market in the first half of this year, with rumours abound that the iPhone 5 will feature 4G LTE capabilities. New developments in base station technology (smaller hardware, lower power consumption) are also breaking down the barriers to more widespread mobile phone coverage that isn’t exclusive to highly populous metropolitan areas.

So this is our message to the US network operators: the tide has turned and it is now possible to push the percentage of geographic coverage into the 90s, covering low population density areas easily and cheaply.