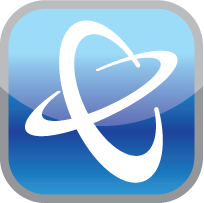 SecurEnvoy has launched a new service where users are permitted to choose which device they wish to receive their soft token upon.

Named SecurBYOT (bring your own token), the company said it has the ability to provision 100,000 new users in under an hour by allowing users to have their authentication token as an SMS on a mobile, an app on a smartphone or tablet or as a soft token on a laptop.

Users can also swap between devices at will; although only use one device at a time. If they elect to change the device, the system automatically decommissions and wipes the previous key.

Andy Kemshall, co-founder and technical director at SecurEnvoy, said: “At the end of the day the user knows best how they’d like to work and with what devices, and allowing them to administrate it themselves means fewer calls to the helpdesk.

“That said, if an organisation deems a particular type of device unsuitable, they still retain the right to block it. We work on the principle of one licence per user so when they change or upgrade their device, the licence simply moves with them without incurring additional expense.”

With SecurBYOT, SecurEnvoy has also introduced ‘group deployment’ in parallel to the original provisioning wizard so organisations can define a single group in the company’s directory – Active Directory, Novell E-Directory, Sun Directory Server or OpenLDAP – so that anyone in the group is automatically and seamlessly provisioned.

If a user is removed from a group, the licence is instantly freed up and can be reallocated without the need to try and get a ‘token’ returned.

More on this article at http://www.scmagazineuk.com/securenvoy-offers-choice-of-a-soft-token-on-whichever-device-an-employee-chooses/article/237041/