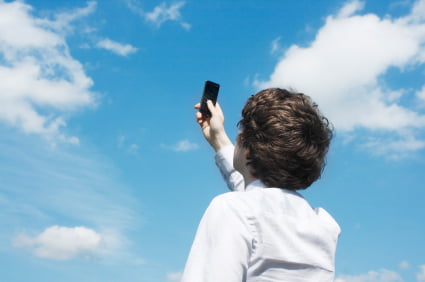 More than half of people prefer to text their friends rather than phone or meet in person!

The survey of 1000 people, by SecurEnvoy and conducted by OnePoll, found that women, who have traditionally had a reputation for spending hours chatting on the phone to their friends, are worse offenders than men – with nearly 6 in 10 admitting they prefer to text or instant message their friends, compared to less than half of men. Men, on the other hand, show they are more sociable, with 1 in 4 saying they would pick up the phone to their mates.

Interestingly, there are big variations between the different parts of the UK, with more than 70% in Northern Ireland preferring text. Perhaps disproving its reputation for being an unfriendly place, London came in lowest, having the fewest people (43%) who say they prefer to text their friends rather than phone or meet in person. If you live in Yorkshire and the Humber, you are more likely than anywhere else in the UK to prefer to meet your friends in person, at nearly 1 in 4.

When it comes to age, it is the 25-34 age group which relies on technology more than any other to maintain contact with their friends – with less than 10% saying they would prefer to meet in person.

“This year marks the 20th anniversary of the first text message, and it is amazing how fundamental the technology has become to our lives. This survey shows just how texts and instant messages are changing how people interact – if we believe the results perhaps everyone will be sitting at home on New Year’s Eve just messaging their friends, rather than being out and celebrating with them in person!” said Andy Kemshall, CTO at SecurEnvoy.

He continued, “The popularity of texting, and the important role the humble mobile phone plays in our every-day relationships, confirms we at SecurEnvoy see every day. Companies are turning to their employees’ mobile phones and using them as two-factor authentication tokens to access data securely and easily while they are out of the office. We see again and again, that people won’t be without their phones and that SMS is so commonplace that it makes it the obvious security choice for users, and is something they use with confidence right from the beginning.”

What is two factor authentication?

Authentication tokens, first used over 30 years ago, generate a one time passcode (OTP) which can be entered as part of a 2FA process. They are different to PIN numbers, which are static, as they change every time and will expire within a set time. However, unlike the original physical tokens of the 80s, today OTPs can be generated by apps on a smartphone or sent via SMS making their use not only easy, but also practical.

SecurEnvoy is the trusted global leader and inventor of Tokenless® two-factor authentication. SecurEnvoy leads the way as the pioneer of mobile phone based Tokenless® authentication. SecurEnvoy’s innovative approach to the Tokenless® market now sees thousands of users benefitting from the solutions all over the world. With users deployed across five continents, customers benefit from significant reduced time to deploy, and a zero footprint approach means there is no remote software deployment and administrators enjoy the management tools allowing them to rapidly deploy up to 100,000 users per hour.