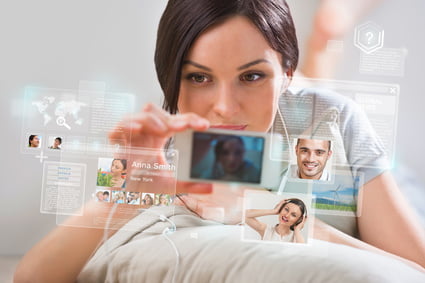 Do you also suffer from FOMO?

A much-cited flood of information assails Internet users from all directions when they get stuck into it. Via social networks, like Facebook, tweets, blogs, video platforms, such as YouTube, and as images in Flickr collections – the possibilities seem endless. But what should they look at first? Could they be missing out on something? The worry of not being involved in everything has now even been given a name: FOMO, short for “Fear of missing out”. This is yet another example of the extent to which mobile devices and the Internet have become ensconced in everyday life.

The FOMO “syndrome” is only partly new. SecurEnvoy discovered the precursor in 2012 as part of a “Nomophobia” study. This artificial word, which is a combination of “no mobile phone” and “phobia”, refers to the fear of being without a mobile phone. Of the 1,000 people who were surveyed, 66% said that they dreaded the thought of having to be without a mobile phone, interestingly 41% of the participants also possess a second device. Broken down by age group, the 18 to 24 year-olds lead the way (77% are “nomophobic”), followed by the 25 to 34 year-olds (68%).

As a result, most of the owners pay meticulous attention to their devices – they define PIN codes or patterns that unlock the screen only after being correctly entered, stick on screen film protection and create backups of contacts, pictures, etc. But smartphones can be even more than everyday companions and “information vaults for your pocket”. Companies, in particular, should pay more attention to them because they can use mobile devices to verify the identity of their employees when the latter want to remotely access the corporate network. This process is called two-factor authentication, because it involves entering a passcode in addition to personal information (such as username and password). In the case of solutions from SecurEnvoy, the transmission process for the passcode is tokenless, i.e. does not need additional dedicated hardware. Instead, the user’s device receives the passcode via SMS or e-mail, or can be used to generate the numeric sequence in the soft token app. An advantage with regard to personal privacy is that no programs need to be installed in order to use the system, so companies can extend their authentication procedures to include the use of private devices.