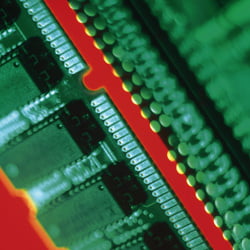 As we all know, time is money, so any opportunity to cut the time devoted to any given task is usually a good thing for your company’s finances. Traditional two factor authentication uses physical tokens that take time to distribute and maintain (especially when users lose them!). It will typically take as much as six months to distribute 2,000 tokens – a pain point that most companies could do without.

You probably know that SecurEnvoy does away with physical tokens and replaces them with a simple SMS system that delivers 2FA passcodes to users’ mobile phones. This method allows SecurEnvoy and its customers to painlessly roll-out to thousands of users in days, not months. Lincoln City Council needed to install a replacement 2FA solution, as their previous system was too costly, difficult to manage and unpopular with users, so the 600-strong organisation looked to SecurEnvoy to find a more cost-effective option that was fast and easy to setup.

SecurEnvoy’s Deployment Wizard configured multiple accounts for the authentication switch to take place. With a single click, multiple users were quickly migrated to the new SecurAccess system. The process took less than a minute.

‘Lean IT’ is a phrase thrown around all too easily right now, but let’s demonstrate exactly what it means: a typical two factor authentication deployment would require approximately 4 GB of physical memory to run its own database, creating a huge drain on system resources for a relatively simple task. In comparison, SecurEnvoy will eat only 100mb of system memory to do the same job. This is a great example of lean IT – wouldn’t you rather keep your system resources free for more important tasks like desktop virtualisation and email?

For more information about fast deployments from SecurEnvoy, call 0845 260 0011 or email sales@securenvoy.com.