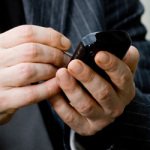 In the year 2000, the World Wide Web accounted for more than half of all internet traffic. Today, that figure stands at less than 25 percent. The reason for this decline is the changing habits of internet users and the improved speeds and availability of internet connections.

As speeds have increased, video streaming and peer-to-peer downloads have become more popular, but the explosion in smartphone use (and now tablet computing) has made mobile applications – apps – the new way for users to access the internet without going anywhere near the web.

This trend was highlighted by Chris Anderson, editor of the US edition of Wired magazine, in August of this year: “Producers and consumers agree: The Web is not the culmination of the digital revolution.” Instead, Anderson claims, apps are the way forward, an idea supported by predictions on the way people will access the internet in the near future. Morgan Stanley has predicted that in five years the number of users logging on to the internet from mobile devices will exceed the number of users accessing the net from PCs.

This is why SecurEnvoy is looking to develop mobile device apps in 2011 that will give users more choice of how they receive their tokenless two-factor authentication passcode. Users will still be able to receive SMS passcodes as usual, but some users will want to access a dedicated app that acts as a soft token and offers other functionality related to two factor authentication. Although SMS messaging is a secure cost-effective way of delivering passcodes, using a dedicated app would be appropriate for some users and convenient for others.

We are currently gauging the response and demand for dedicated applications, so we would love to hear your thoughts and suggestions. Email info@securenvoy.com with your input.