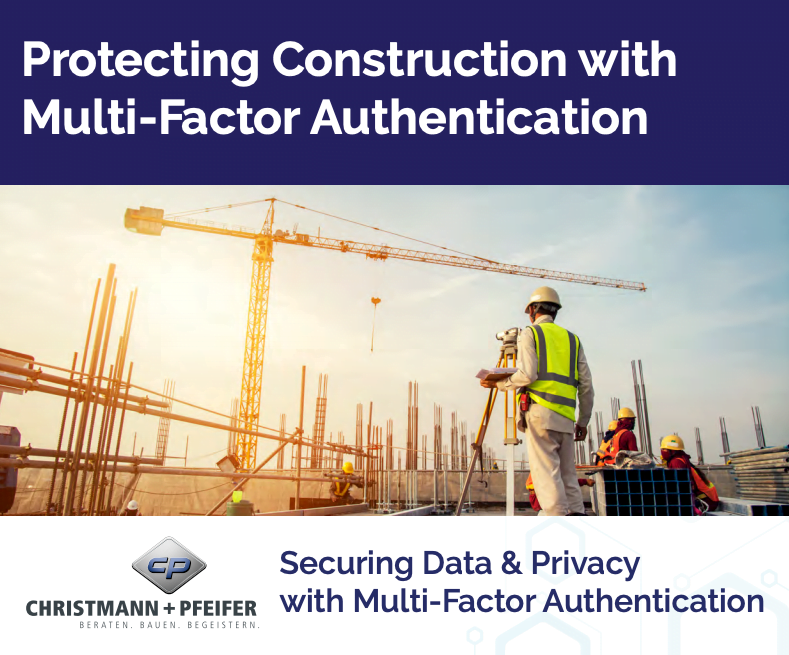 Christmann & Pfeifer Construction GmbH & Co. KG has excelled in construction and bridge construction since 1925. Thanks to SecurEnvoy, the company’s employees only need to authenticate themselves once via the app in order to gain access to all systems.

Since construction workers are, by their very nature, often on construction sites, many employees access the company’s own systems on the go. This used to be an arduous process, according to Thomas Weigel, systems administrator at Christmann & Pfeifer. The company worked with a classic VPN environment where the user had to authenticate. To get into the Citrix environment, further authentication was needed. This frequently caused frustration because it was cumbersome and not user-friendly.

. . .the flexibility we gained from the solution was one of the reasons we chose SecurEnvoy

Thanks to SecurAccess, multi-factor authentication from SecurEnvoy, users can now log in directly to Citrix and gain access to all required systems with just one authentication. It also works easily, quickly and comfortably via the smartphone app. The employees of Christmann & Pfeifer have company mobile phones anyway, which is why the use of the app was obvious.

As with any introduction of a new system, their employees were initially skeptical, but quickly thrilled after the first tests. As a result, Christmann & Pfeifer are now also planning to introduce SecurEnvoy in other areas of the company.