Consigned to History by the Smartphone

It might seem hard to believe but the mobile phone was first introduced to the UK in 1985. Just twenty seven years later and the device that we now love is hardly recognisable to those first Motorola handsets. And it’s not just the size and battery life that’s changed. Let’s face it, if you were to upgrade your handset tomorrow, would you just be looking for one that can make calls! 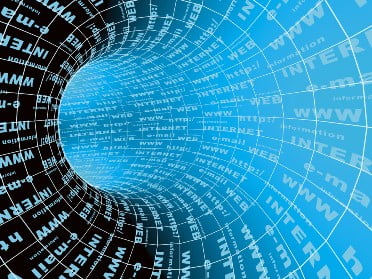 Considered the top executive toy, the mobile phone became the status symbol of the Yuppie – short for “young urban professional” or “young upwardly mobile professional”. Today, with more handsets than people on the planet, it’s changing more than the way we communicate, but consigning some parts of every day life to the history books.

Making calls: It’s almost easy to forget, especially with increasing functionality, but the primary reason for having a mobile phone is for making and receiving phone calls. Spare a thought then for the humble phone box. Last year, BT announced that almost a quarter of phone boxes in Wales were making less than one call a month! Apparently, at that time, only 3% of adults across the UK used a payphone.

Sending letters: Many contracts and PAYG packages include a text bundle. You only have to travel on a train or bus and you’ll witness people busily tapping away on their phones. It is this phenomenon that the Hooper Report gives as a primary argument for the privatisation of Royal Mail.

Fax machine: With many completely ignorant to its predecessor – the telex, the fax machine is also close to becoming obsolete. While it’s true that email is the greater villain, the fact that many phones offer the ability to scan (via their cameras) and send as an email attachment means, in my book, that they’re hardly blame free!

Cameras: Speaking of cameras, how many megapixels is your handset capable of? While digital cameras obliterated film cameras, they are now facing their own nemesis. With the iPhone reportedly more sophisticated than traditional compact cameras, and it’s not the only device to boast superior resolution, it’s hardly surprising that both these and video cameras are on their way into the nearest museum.

Music: Hands up if you remember the walkman! For those of you too young to know, these were portable cassette players. Of course, there was also the boom box blasting out in the park way back when on a warm summer’s day. With even the most basic smartphone capable of storing the entire Elvis back catalogue without even flinching, and playback that most dream of, you too can have music wherever you go.

TV: As screens become bigger, with better resolution, it is now possible to watch your favourite programmes when out and about. That said, I don’t think the HD TV has too much to fear just yet – but perhaps the set top box suppliers may need to watch their backs.

Games Console: Video games consoles have been in decline for a few months with many experts blaming the trend on the increased popularity of casual mobile gaming. While IDC is hopeful the end is not yet sealed, the fact that a major high street gaming retailer only just managed a stay of execution suggests its days could be numbered.

Signature: Mobile phones are becoming so integral to everyday life, they’re capable of confirming our identities. This could mean, one day, we’ll no longer need to sign for things. For example, two factor authentication (2FA) combines something you know, with something you have – an existing example of 2FA in action is ‘chip and pin’ for authorising credit and debit card payments. When accessing corporate networks, completing financial transactions, etc. mobiles offer the perfect tokenless 2FA solution. A passcode is received as an SMS, which you then key in to confirm your identity.

Tracking device: Of course, with GPS functionality, it’s hardly surprising mobiles are replacing maps, satellite navigation specific devices and telephone books. You can use them to pinpoint your position if you’re not entirely sure where you are, while services offer to send you numbers based on your location, for example taxi firms or curry houses. But, perhaps rather controversially, you can now download an app for an iPhone, iPad or iPod touch that allows you to track your friends. While handy for checking your child is at school, partner at the office, or how far away your mate is when you’re waiting for them, I’m not sure how comfortable I would be that someone could locate me at their will and not mine.

Banking: Today, you can practically carry your high street branch on your handset. Natwest and Barclays are just two that offer mobile banking apps that allow you to make payments, transfer money between accounts, check your balance and view recent transactions.

Money: And its not just banking you can do with your phone – you can also carry cash. While not quite consigned to history, could the smartphone be eyeing up the credit card or even physical change as its next casualty? For some time now people have been able to pay for things, such as make charity donations or pay for parking in car parks, but that’s almost immature when compared to Barclays Pingit. It’s the first mobile app to launch in the UK that allows payments of between £1 and £300 to be made. While the jury is still out as to whether it’s secure enough, or will even prove popular, I’m sure Dr Martin Cooper never imagined it would be possible when he invented the first practical mobile phone.

I’m sure you’ll agree, your smartphone is so much more than just a way to talk to people – you’re practically carrying your life on it. If you lose it, how devastated would you be? For organisations the risk is too awful to contemplate and for that reason many are adding encryption to prevent any information on the device being stolen. Perhaps its time we all follow their lead and take pre-emptive action to protect these modern miracles. SecurEnvoy offer SMS passcodes, the equivalent to a chubb lock, so only you can access all your important information, so it remains secure from prying eyes.

Love it or loath it the smartphone has completely revolutionised our lives. And our living rooms, bedrooms, offices, cars … The question on my mind is, in the next twenty five years, will there by anything smarter than the smartphone or will it have taken over the world – cue villainous laughter and white cat stroking.