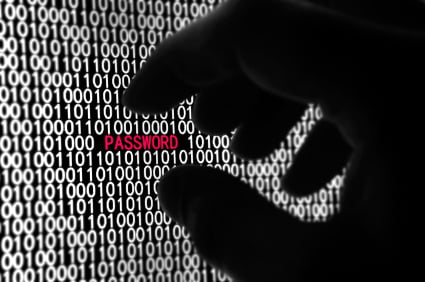 The strength of its product portfolio with its ability to help organisations deploy 2 factor tokenless authentication for up to 20,000 users in less than hour and the ability to respond to situations such as the RSA breach, Government’s Code of Connection, reduced budgets and soaring petrol prices have all helped to  ensure SecurEnvoy’s preferred supplier status.

UK IT Security Company, SecurEnvoy, today confirmed it had secured its 20th local authority, making it local government’s preferred supplier of two-factor tokenless authentication solutions.  Tunbridge Wells Borough Council is the latest edition to SecurEnvoy’s list of local authorities who have deployed SecurAccess for their 300 employees as a fail-safe way of securely connecting to their network.

The strength of its product portfolio with its ability to help organisations deploy 2 factor tokenless authentication for up to 20,000 users in less than hour and the ability to respond to situations such as the RSA breach, Government’s Code of Connection, reduced budgets and soaring petrol prices have all helped to  ensure SecurEnvoy’s preferred supplier status.

RSA, the security division of EMC, disclosed in March that it had fallen victim to a security breach which had reduced the effectiveness of its customers SecurID tokens. In May it was revealed that one of its customers, Lockheed Martin, had also suffered a cyberattack and that this was being linked to its use of RSA tokens. This has subsequently led to RSA’s announcement that it is to replace all 40 million SecurID tokens. While this addresses the current problem, it doesn’t address the underlying issue that it could suffer another breach and again its tokens would be vulnerable.

Unlike RSA, and other two-factor authentication vendors, SecurEnvoy does not store any token records or customer encryption keys. Instead, its unique approach randomly generates any required keys within the customer’s environment meaning there is nothing relating to its customers security stored at SecurEnvoy and therefore customer details could never become compromised. As SecurEnvoy is easy to install, and can replace 20,000 tokens in under one hour, any customer that wants a fast, secure and cost effective resolution can install and replace tokens within less than a day on any device.

As part of the Government Code of Connection (CoCo), all remote access users connecting to the GCSx network, must use two-factor authentication.

SecurEnvoy’s approach, which provides a one-time passcode delivered to the users’ mobile phone or any mobile device via an SMS text message, has caught on for its simplicity and ease of use for the user.

The Royal Borough of Kensington & Chelsea took on SecurEnvoy’s solution for the very reason that they could use mobile phones that their users were allocated with as a cost-efficient way to roll out security.  Russell Hookway, Network & Telecoms Manager said: “By bringing on SecurEnvoy we were able to utilise existing investments as we already provide over 1000 of our employees with mobile phones.”

With the Government’s four-year deficit plan, local authorities have seen their budgets slashed, with tight financial controls being continually enforced, meaning most are looking for cheaper, faster and a more user friendly way of offering two-factor authentication.

One of the biggest draws is definitely the reduction in costs SecurEnvoy offers. Using SMS technology requires very little admin or overheads with the huge advantage that 20,000 users can be deployed in under an hour. When compared against physical tokens, which typically take six months to deploy and running costs are on average between 40 – 60 percent higher, the savings are evident both in time and money.

This is why Hertfordshire County Council deployed SecurAccess as Dave Mansfield – Technical Infrastructure Manager said: “By deploying SecurEnvoy SecurAccess we were able to reduce the cost and administration overhead.”

SecurEnvoy believe that the huge spike in petrol prices has had a major impact on people working from home.  To support this theory they recently conducted a survey amongst IT professionals to find out if this was the case and found that in the last year 82 percent more people working from home than did this time last year with sixty six percent of the sample suggested that the record high price in petrol had a large part to play in this trend.  For many of these users they can seamless migrate from using tokens to tokenless without the need for cumbersome deployments as previously experienced by many who have dealt with tokens, smart cards and USB devices.