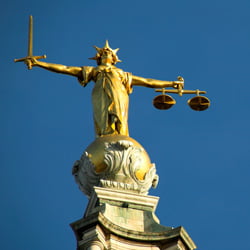 An open and shut case for law firms

In the legal profession, confidentiality is everything. Ensuring that client information is secure is vital for the continuation of each case, but also important for a company’s reputation – a law firm known for weak security won’t be around for too long.

SecurEnvoy has supplied two factor authentication services to a number of law firms across the Northern and Southern Hemispheres, such as Macfarlanes, PwC and Lawrence Graham LLP, allowing remote and mobile users to securely login into VPN and webmail services to access sensitive information.

Lawrence Graham LLP began using SecurEnvoy’s SecurAccess in 2007 to help strengthen the law firm’s security for users logging on through its Juniper and Citrix VPN portal. Jason Petrucci, IT Director at Lawrence Graham explains the advantages of using SecurEnvoy’s system compared to competing approaches: “SecurEnvoy SecurAccess is being used by all staff within the business and it has been well received, especially by the partners. SecurAccess has been very simple to support and integrates seamlessly with our Juniper SA environment and we have had very few support calls relating to the technology.”

Jason Petrucci and his team investigated other 2FA products, but all the alternatives required software to be installed on each user’s mobile phone. With the wide range of handsets and operating systems available on today’s mobile phone market, deploying and supporting each installation would take a huge amount of time. Using SecurEnvoy’s software-free SMS system immediately removed this problem.

Ticked all the boxes

“SecurEnvoy SecurAccess ticked all our requirement boxes, it was slick and easy to install and integrate with the Juniper and Citrix environments. The direct integration with our Active Directory servers was a big plus as it did not require the need to install a proprietary database, removing the need to manage a second database and LDAP synchronizers. Although SecurEnvoy SecurAccess had direct integration with Active Directory we were pleased to find out there were no schema changes needed.”

Lawrence Graham LLP isn’t the only example of a law firm benefitting from SecurEnvoy’s easy to use and simple to deploy SecurAccess solution. Located in the Gray’s Inn area of London, Macfarlanes is an international law firm employing more than 200 staff and specialising in all fields of legal practice.

Maurice Millen, head of IT at Macfarlanes, explains why the company decided to move to SecurEnvoy: “Macfarlanes’ had put measures in place to investigate the amount of administration overhead and associated costs our current two-factor solution was generating. Our investigation revealed a number of issues including high ongoing costs when replacing expired, lost and broken tokens, administration costs of dealing with users who had forgotten their PIN or needed their token re-synchronising, and the difficulty of managing users in two databases – our AD and the token system.”

Concerned about migrating all users to a new system in a single phase, SecurEnvoy enabled Maurice’s team to easily deploy alongside the existing implementation, making the transition straightforward and easy to manage for Macfarlanes. Maurice Millen: “As no additional hardware is involved with SecurEnvoy’s solution, we managed savings of over 60% on the on-going costs of our existing token system.”

Macfarlanes’ experience with SecurEnvoy changed the way they viewed the two factor authentication market: “We realised the benefits of using two-factor authentication,” continues Millen, “yet little had changed in the token market for the last decade, we have been searching for a more integrated and easier to use solution for our users. SecurEnvoy offered us instant benefits by directly integrating with our Microsoft Active Directory. Users appreciated the novel way they could use their existing phone as the token and the Microsoft password as their PIN.”

Macfarlanes has found SecurEnvoy to be a more elegant solution for managing its remote access environments. The system is also easy to use, meaning that Macfarlanes’ own internal IT staff were able to deploy SecurAccess themselves.

For more information on how your company could benefit from SecurEnvoy’s lean and mean two factor authentication solutions, go to www.securenvoy.com and judge for yourself!